We are participant observers in the ongoing modernization, or globalization, of world culture. I believe artists must contend with Modernism to successfully engage in  artistic production.

Modernism  sometimes refers to a style or movement that began in Europe roughly in the last third of the 19th century. (Serge Guilbaut, How New York Stole the Idea of Modern Art. Alfred Leslie's film The Cedar Bar.)

URL of a review of the film in New York Art World, by Donald Goddard:

Modernism also refers to the period of world history coinciding with the second millennium of the current era, roughly from the late Middle Ages to the present. These books -- William Carroll Bark's Origins of the Medieval World, and Karl Polanyi's The Great Transformation, which were brought to my attention by Clarence Glacken -- provide a context for understanding what was happening during that time.

A major point of inflection discussed by Hans Belting in several of his books is when the function of art ceased to be to depict religious themes under the patronage of the church and aristocracy and became the province of artists and  their bourgeois patrons. (The Germans and their Art, A Troublesome Relationship; Florence and Bagdad: Renaissance Art and Arab Science; Likeness and Presence: A History of the Image before the Era of Art.)

Both of the above clusters of ideas and history have a bearing on the practice and understanding of art. I hope it is clear from the sense of the text which Modernism I am writing about.

Modernism makes consideration of the formal aspects of composition necessary for the aesthetic appreciation (sensory experience of perception) of artworks.

The three images below are similar in composition. However you respond to their content, color, or whatever meaning they might suggest, their strength and success as works of art depend, in considerable measure, on their basic structure. This, while necessary, is not sufficient to account for that success, or for the  emotional response they elicit in the viewer.

This painting is one of many in the simplified motif of rectilinear bands of color. 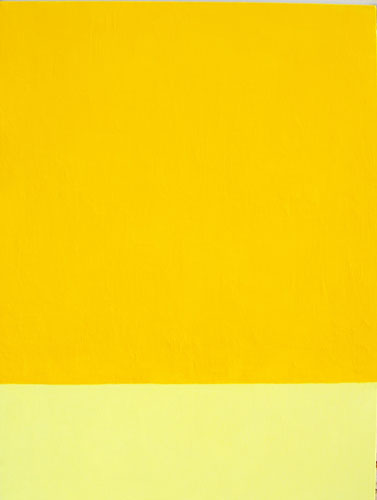 I excitedly showed the photograph below to a colleague, an architect, who I assumed would appreciate the formal elements that had initially drawn me to the site. His reaction, however, was to denounce the photograph as embodying everything he hated about Los Angeles -- trash, graffitti, and ugly industrial buildings.

I used a view camera to make the photographs.  To control the final image I positioned the camera and adjusted the orientation of the film plane and lens to reveal compositional imperatives that I saw in the ground glass. 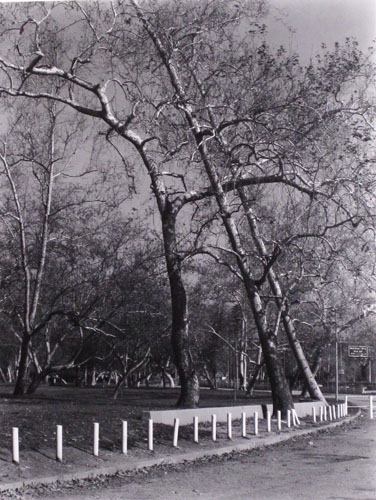 The diagram below, like the others in Erle Loran's book, Cezanne’s Composition: Analyses of His Form with Diagrams and Photographs of his Motifs, grew out of  his analysis of the differences between Cezanne’s paintings and  the photographs Loran took of their motifs at the locations from which Cezanne made the paintings.

The Marmion Way photograph is a contact print from an 11 inch x 14 inch negative.  It arguably close to the location where the photograph “Alice and Verda in the Arroya” was taken around 1910.

The view toward the Arroyo Seco Parkway provides a sense of the transformation of the cultural landscape that occurred during the more than 70 years between the taking of the two pictures. All of these considerations, and others as well, contribute to the sensory experience of perceiving them, whether individually, or considered in connection with one another.

The 100 year old snapshot of Alice and Verda was the basis of the performance piece and video referred to in Modernism and Post Modernism. At the time I took the photograph of  the Marmion Way offramp, a few years before doing the performance piece, I did not connect it to the photograph of Alice and Verda, which has been in my possession for many years.

Cezanne altered the appearance of optical reality in order to satisfy the compositional imperatives of his paintings.

His paintings reveal a major departure from representation in Western art. His work provided a foundation for subsequent innovations, Cubism, Surrealism, and ultimately, Abstract Expressionism.

During the third week of October, 2018, I visited Cezanne’s studio and grounds in Aix en Provence, and went on guided tours of the quarry at Bibimus, and the landmarks of Cezanne’s life in Aix.

Guides and written history in Aix characterize Cezanne as a representational painter and simultaneously describe him as the bridge between realism and abstraction. This contradiction ignores the importance of the spatial rearrangements he made to replace geometrically accurate representation with more artistically/aesthetically satisfying compositions. (cf., Loran, Compositions of Cezanne.)

Given that Cezanne rearranged the geometry of his subject each time he painted it, there was no need for him to find new locations. Each painting was a new view, a new creation. These were not haystacks.

Add paragraph (or two) on the work of  Loran and Rewald concerning the technical aspects of Cezanne's work and the accepted view of his influence on the development of Modern Art, and in particular, abstraction

Modernism continues to evoke irrational passionate opposition that has little to do with the nature, let alone the merit, of the works in question.

The anti-Modernist views of Robert Adams in his 1981 book, Beauty in Photography: Essays in Defense of Traditional Values, appear partly to be grounded in religious belief. In referring to the sources of great artists (Cezanne, Delacroix, and Matisse, in this case), Adams writes, “each, great as he was, understood that creations out of nothing are possible only for God” (p. 88). Likewise, “[A]rt that mirrors the order in the Creation itself [has not been] the subject of the art of [the 20th] century”(p. 30)

Adams appears ignorant of the history of 20th Century painting. 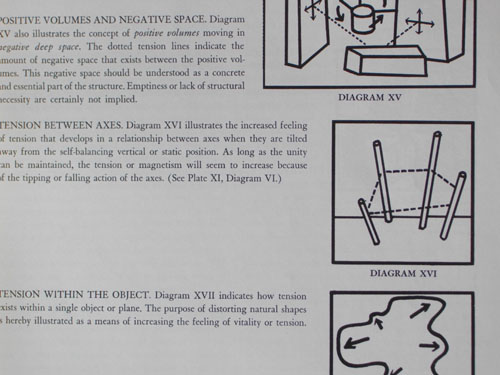 As I was making the above photograph this diagram from Loran’s book immediately came to mind, and I used the caption ”tension between axes” as the photograph’s title. 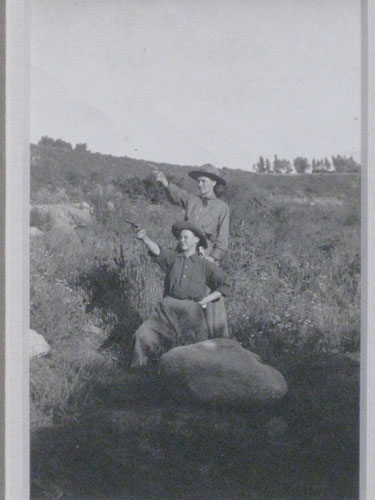 Alice and Verda in the Arroya 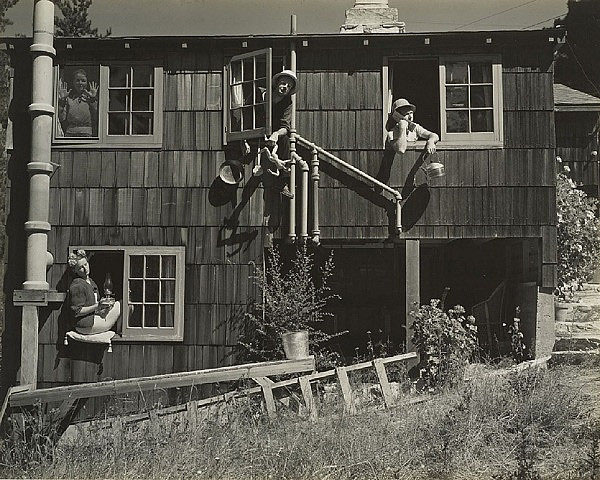 Adams takes the position that photographs - unlike paintings, drawings, and sculpture - are necessarily representational and possessed of content. He is dismissive of non-representational art: “Some of what in our time we have called art has been concerned solely and finally [with] color, shape and texture. [I]t seems to offer real but minor pleasures (p. 30). “Beauty is, at least in part, always tied to subject matter (p. 33).”

He ignores, or is unaware of, the abstract photography of Aaron Siskind. If he is ignoring Siskind’s work Adams is being intellectually dishonest. If he's ignorant of Siskind's work he is not qualified to comment credibly on photography.

Exposition of Dynamic Symmetry is one of my favorite Edward Weston photographs. Its title parodies language used to describe abstract art.

Weston was a Modernist, but his work and aesthetics were grounded in traditional ideas of beauty.

Include, also, references and a discussion of Weston and studying his work.

California and the West,  Charis Wilson and Edward Weston.

Circular forms are everywhere - stray cells floating in the aqueous humor, images occurring along the nerve path from the cornea to the brain, port holes, plates and bowls, wheels, large disks of silver and gold at Meso-American worship sites, tic-tac-toe, the Tropic of Capricorn and all the other lines of latiude and longitude, petroglyphs, the sun, planets, moons, the hole in the roof of the Pantheon, Venus in the night sky, orbits, galexies billions of light years on the other side of the the universe, Zen circles, rice crackers. 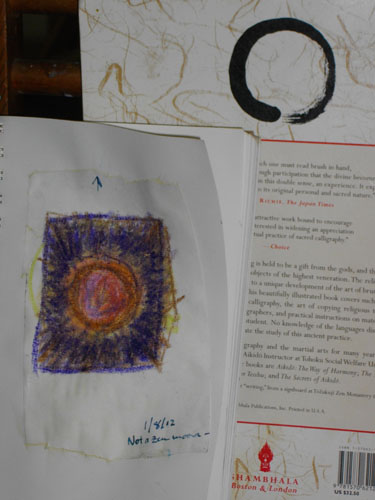 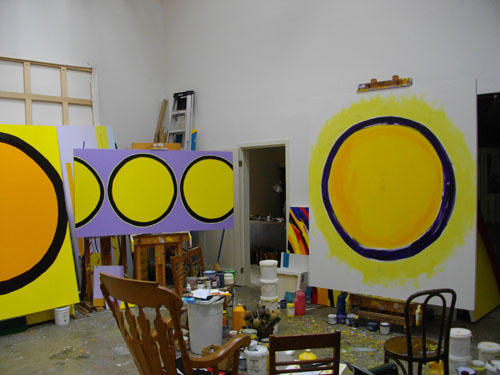 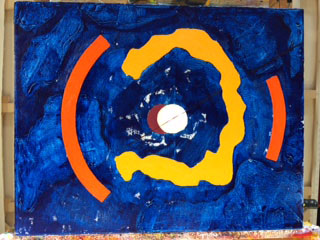 I completed the above circular form painting in 2017.

Hieronymous Bosch included the circular form below in a painting he completed sometime before 1521. 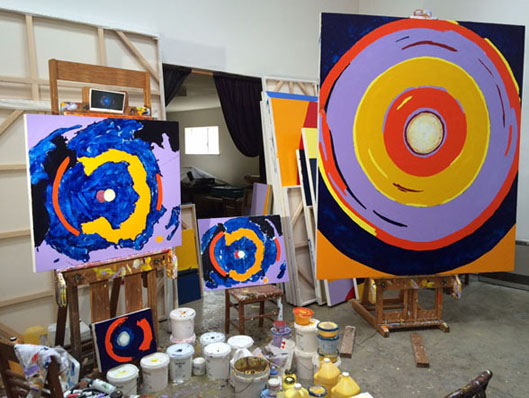 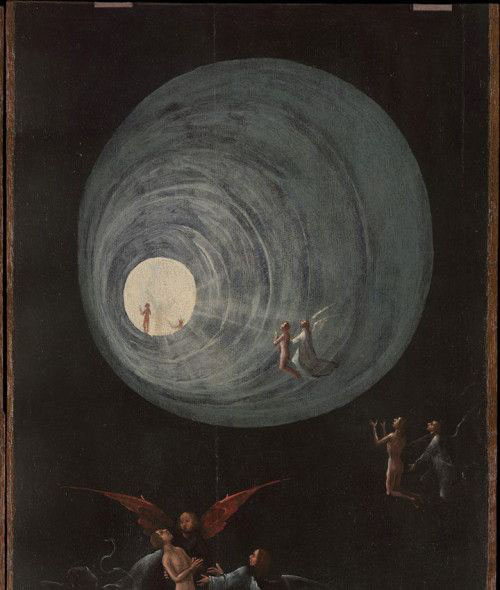 The Ascent of the Blessed into Celestial Paradise