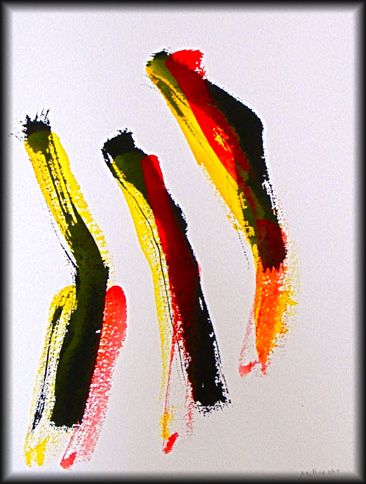 My work, although mostly non-objective, is grounded in the physical world, from landscapes to astronomical observations of objects, including those in the invisible range of the spectrum. I sometimes find representational paintings interesting and worthwhile to do.

The above image grew out of drawings of scrub oaks I made at the foot of Venado Peak, a 14,000-foot mountain north of Taos, New Mexico. Some months later I made several watercolors based on those drawings.  The paintings are non-representational and the motif, while suggested by scrub oak sketches, is based on the madrone tree, a broad leafed evergreen found in coastal areas of the Pacific Northwest and California. The paintings, at a considerable remove from the initial drawings, are unmediated by representation or narrative. 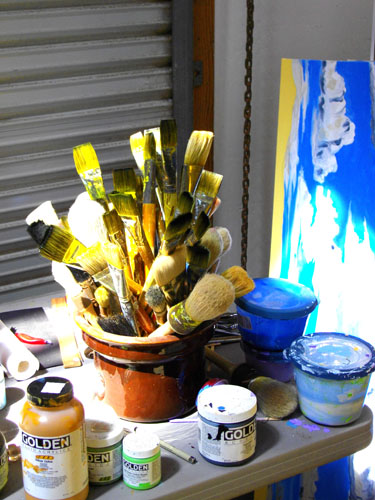 I work in an industrial building located three hours north of San Francisco on the coast near Mendocino.

The painting studio is a cubical area two stories high, with skylights and white walls, but no windows. The back half of the building has a bathroom, an office where I usually sleep, and a workroom where I cut mats and mount prints.  I have installed blackout curtains to facilitate platinum printing. The darkroom is in a shed built against the rear of the building. Upstairs there is a one-bedroom apartment over the office and workroom.

When I bought the building twenty years ago the studio and darkroom had open framing and no insulation. They are now finished. The work areas are bright and welcoming. I replaced old dim fluorescent  lights with modern LED lamps that provide enough light of the right color to enable me  to paint easily at night.

I can see the Pacific from the upstairs landing. The Mendocino Land Trust recently (in 2011) bought Hare Creek Beach, a quarter of a mile to the north. It is a ten-minute walk from the studio. One can get down to the beach on south side of the creek using a narrow poorly maintained path. The official trail is on the north side. You can usually get across the creek where it flows over the sand into the ocean without getting your wet feet. You then hike up to Highway 1, walk south across the bridge and then follow Old Coast Highway back to the studio.

I am conscious of the fact that Edward Weston and Charis Wilson drove along this road while working on Weston’s Guggenheim grant. I often think of them when  looking at my mailbox surrounded by berry bushes. They got married in Elk, a town about 20 miles south of here, in 1939. 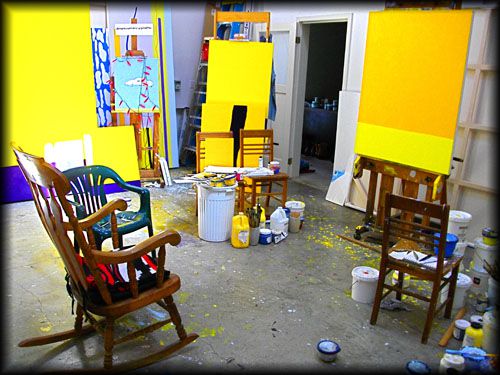 My studio near Fort Bragg 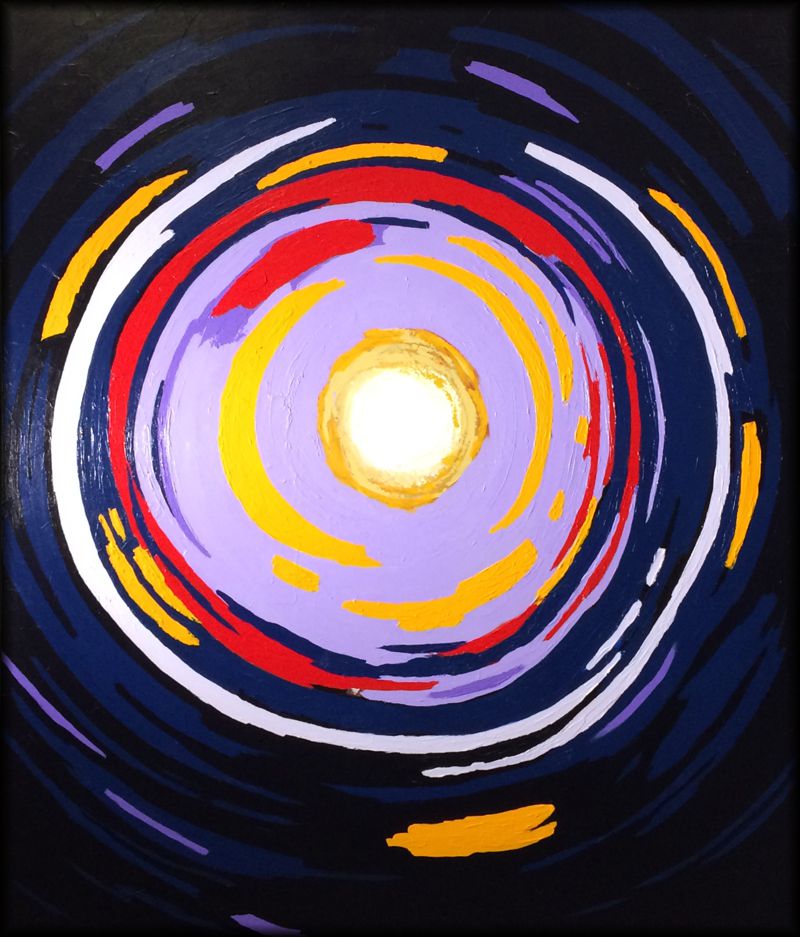 I first came to the Mendocino Coast in the spring of 1964, on a forestry class field trip. I have been coming back ever since.  I feel a strong connection to this remarkably beautiful place, and to friends who were part of the counter culture that took hold here in the early 1970’s.

Shortly after graduating from UC Berkeley, my friend Kathy Blake moved to Mendocino with her husband Nat Bingham. Nat was a fisherman. They built a dome and raised a family. Over the years we kept up and visited. When my children were young I brought them up to what I called the reservation to get them acquainted with my friends and to share with them some of my social and ideological roots.

As I do when travelling, I brought cameras – initially 35 mm, and subsequently, the large format cameras I began using over 20 years ago. 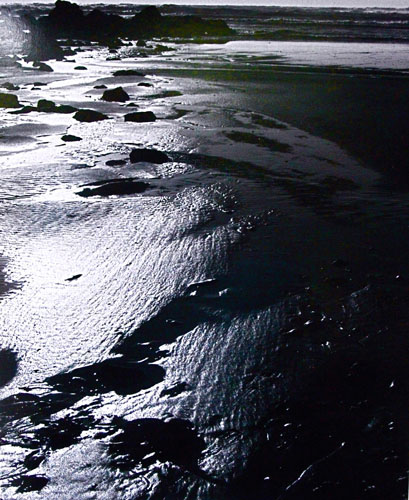 This eight foot wide painting is based on a six inch newspaper clipping in an article about the Galapagos Islands. The image brought to mind views I had of clouds above tropical islands from the deck of the Norwegian freighter MS. Bougainville, on which I worked during a break from university. 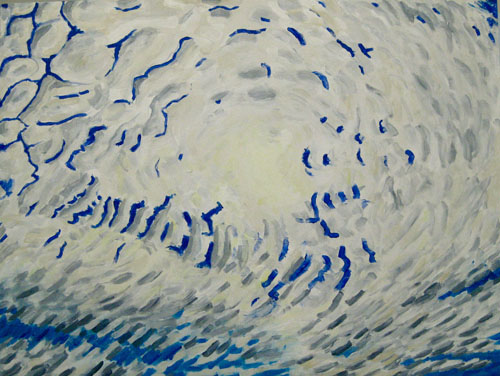 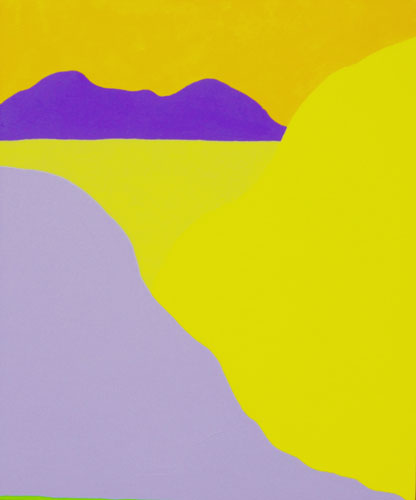 From the Central Valley series

This 5'x4' painting is one of several I have come to think of as views from the Ridge Route looking northward just before descending on I-5 into the San Joaquin Valley portion of California's Central Valley. The designation suggested itself some time after I completed the paintings.