I travelled to Paris in 1984, on my first trip to Europe, to present a paper at an international symposium on urbanism.

My plane landed at dawn. After clearing customs, I took a train of the RER, the light railway system for Paris, to the neighborhood where I would be staying.

I asked several individuals where rue Joseph Barra was located. Nobody knew, but they taught me to pronounce the street name correctly.

The children of the family with whom I was staying found me, and guided me to their apartment. After a brief visit I washed my face and I went out to look at Paris. I walked to the Seine. Tears ran down my cheeks as I stood there with images of the Montgolfier brothers’ balloon drifting across the October morning sky.

During the week of the conference, I spent most of my free time wearing holes in the soles of my shoes as I walked around the Left Bank neighborhood of my hosts.

In the spring of 1964, I first listened to Aldo Ciccolini’s recording of the piano music of Eric Satie. I was transfixed. It was a profoundly moving sensory experience.

At an early age, I was aware of Ravel, Debussy, Honegger, and other Impressionist composers. I found their music engaging, and not as stuffy and predictable as the classical music I’d listened to throughout my childhood. I think I was, in a sense, primed for Satie’s music by Debussy’s “Syrinx,” which was, for a while, the theme music for the 1950’s era Sunday afternoon culturally enriching television program, Omnibus.

Satie’s music is not burdened by the sweetness characteristic of much of the music of the other composers who were  his contemporaries. It reminded me of the West Coast jazz I was also listening to at the time. Satie’s music, especially as played by Ciccolini, was Modern.

I am still moved by Satie’s music more than half a century after I first heard it. The musician’s residence is one of the places I like to stroll past when I visit Paris.

With, of course, many exceptions, much of the classical repertoire which I have listened to since childhood seems tired and is not as engaging as I formerly found it. 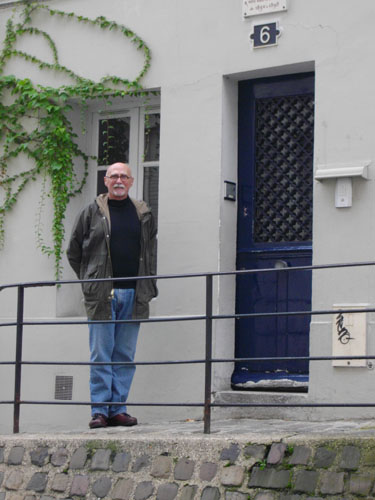 Odette is a few steps from Shakespeare and Company. The shop sells only round baseball sized creme puffs. I try to limit my consumption to no more than two per day. 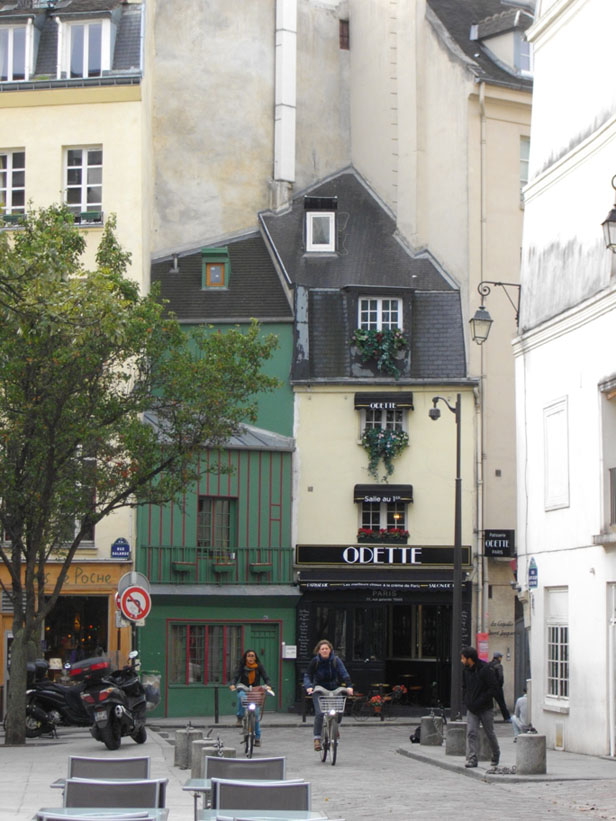