Modernism is said to have ended sometime in the 1960s. Much that has been written about this alleged transformation is confused, if not nonsensical, and is, in any event, unhelpful to artists trying to situate themselves in the 21st century. A refreshingly useful exception is the work of Hans Belting, particularly The Invisible Masterpiece, and Art History After Modernism.

He describes the theft of the Mona Lisa in 1913, and how it contributed to the commodification of the painting, a process aided by Duchamp’s mustache and goatee re-creation.

Belting also discusses conceptual art and other manifestations of what is sometimes referred to as post-Modernism.

Duchamp, in the end, reasserted the primacy of tangible works of art. He provided detailed instructions for the posthumous completion of an installation titled Étant donnés, on which he’d worked for many years. (Invisible Masterpiece, 329-32). I visited the Philadelphia Museum to view Étant donnés, and the supporting exhibition that depicts the production of the work. Click here to see the museum's description of the piece. 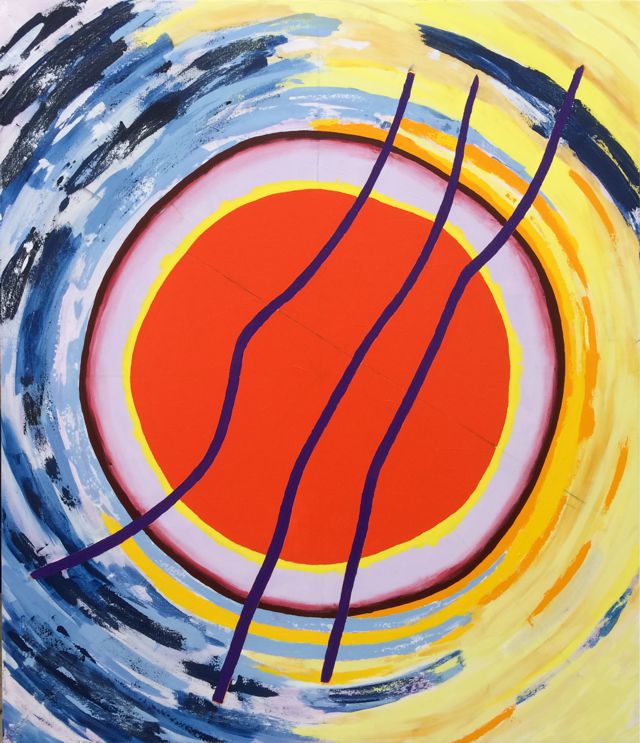 A work of any kind is currently considered acceptable, from painstakingly executed technically demanding pieces to ephemeral actions requiring neither technical competence nor creative risk. An artwork can even be imagined.

This period is, I believe, most accurately understood to be a continuation of Modernism, rather than, as is widely said to be the case, the end of Modernism followed by a succession of postmodern categories of artistic expression.

An example of the range of approaches an artist can take is illustrated by Alfred Leslie’s career, which extends from the end of World War II to the present moment.

Leslie has produced a large oeuvre in a variety of mediums — several series of large paintings (from Abstract Expressionist to hyperrealistic figurative), films, watercolors, and large digital paintings.

For as long as I have thought about art, I have been aware of, and I have experienced, the subjective apprehension of art and artworks — feelings associated with experiencing art, which I have come to understand as a sensory experience of perception.

In Walter Benjamin: an Introduction to His Work and Thoughts (2004 in German, 2010 in English), Uwe Steiner  describes Benjamin’s discussion of Critique of Pure Reason, in which Benjamin quotes Kant to the effect, “ . . . ‘that all speculative knowledge is limited to objects of experience,’ and that we can have knowledge of things only insofar as they present themselves as objects of sensory perception, that is, as tangible phenomena.”(my emphasis)

My impression is that in the German-speaking Central European intellectual world, the subjective experience of apprehending art and nature encompasses a large body of discussion and writing not widely understood nor appreciated in Paris or New York.

These intellectuals, without trying to suggest supernatural agency, produced something in German that, when translated into English, sounds religious, and, as a consequence, is contrary to the sense of the original.

This aspect of Central European aesthetics provides a corrective to the regrettably sentimental, if not mystical, nature of much American thinking about art.

I was for several years, a member of the Arroyo Arts Collective in Los Angeles. I served on the board, and on the curatorial committee of the collective.